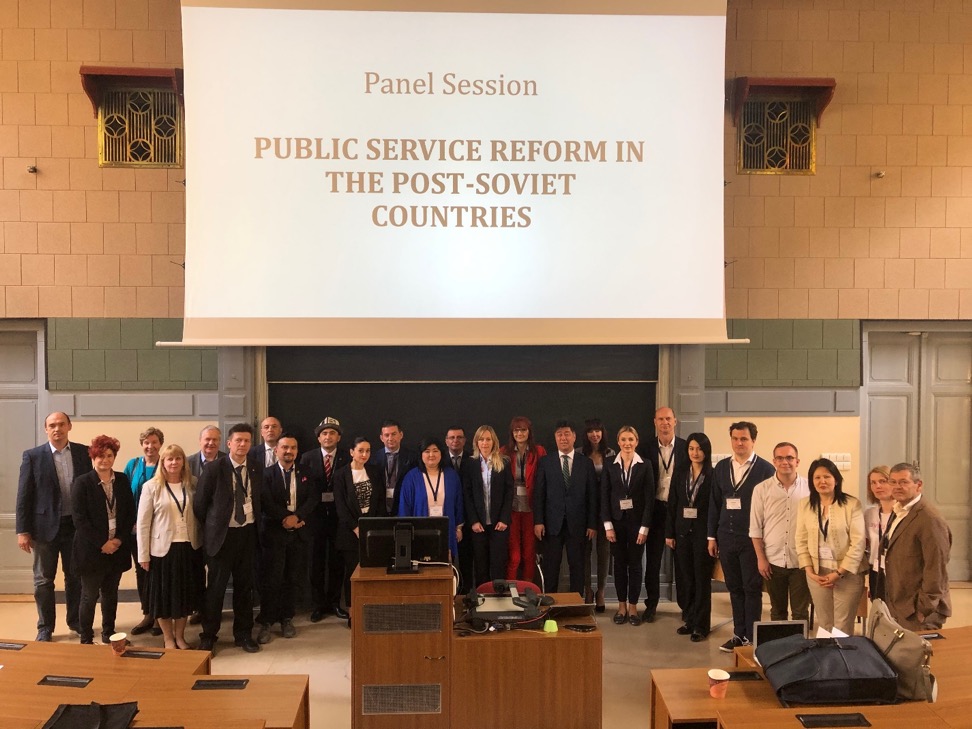 Public service reform in the Post-Soviet countries were discussed at NISPAcee’s 2019 Annual Conference in Prague, Czech Republic, where almost 180 practitioners, scholars and studentsfrom 31 countries gathered to join theory with practice and share current trends and information with each other.

The 27th Annual Conference of the Network of Institutes and Schools of Public Administration in Central and Eastern Europe (NISPAcee) was held 24-26 May 2019 in Prague, Czech Republic. This year’s main conference theme was “From Policy Design to Policy Practice.”

The ACSH Panel session on “Public Service Reform in The Post-Soviet Countries” was held in the framework Conference. Civil service practitioners and academia from Azerbaijan, Belgium, Bosnia and Herzegovina, Kazakhstan, Kyrgyzstan, North Macedonia, Poland, Russia, Uzbekistan, UK, as well as from the UN Department of Economic and Social Affairs discussed their views on civil service reform and development of the region.

The session was moderated by Alikhan Baimenov, Chairman of the ACSH Steering Committee, who noted that “the period of reforms in the Post-Soviet countries has been less studied by researchers and the lessons learned from these reforms are of great interest.”

Ludmila Gajdosova, Executive Director at NISPAcee, noted that the long-term partnership between NISPAcee and Astana Hub has been very fruitful and contributed a lot to the research in public administration and civil service reform in the Post-Soviet countries.

The Hub delegates attended various sessions of the Conference, where researchers and practitioners exchanged their visions on policy and practice issues in public administration.

The Network of Institutes and Schools of Public Administration in Central and Eastern Europe (NISPAcee) was established in 1994 as a non-profit, non-governmental organization focused on the public administration challenges facing central and eastern European countries. NISPAcee serves as an arena for East - East collaboration through assisting, mediating and facilitating joint research, educational and training programmes and discussions between instructors, civil servants, trainers, public sector managers and politicians.