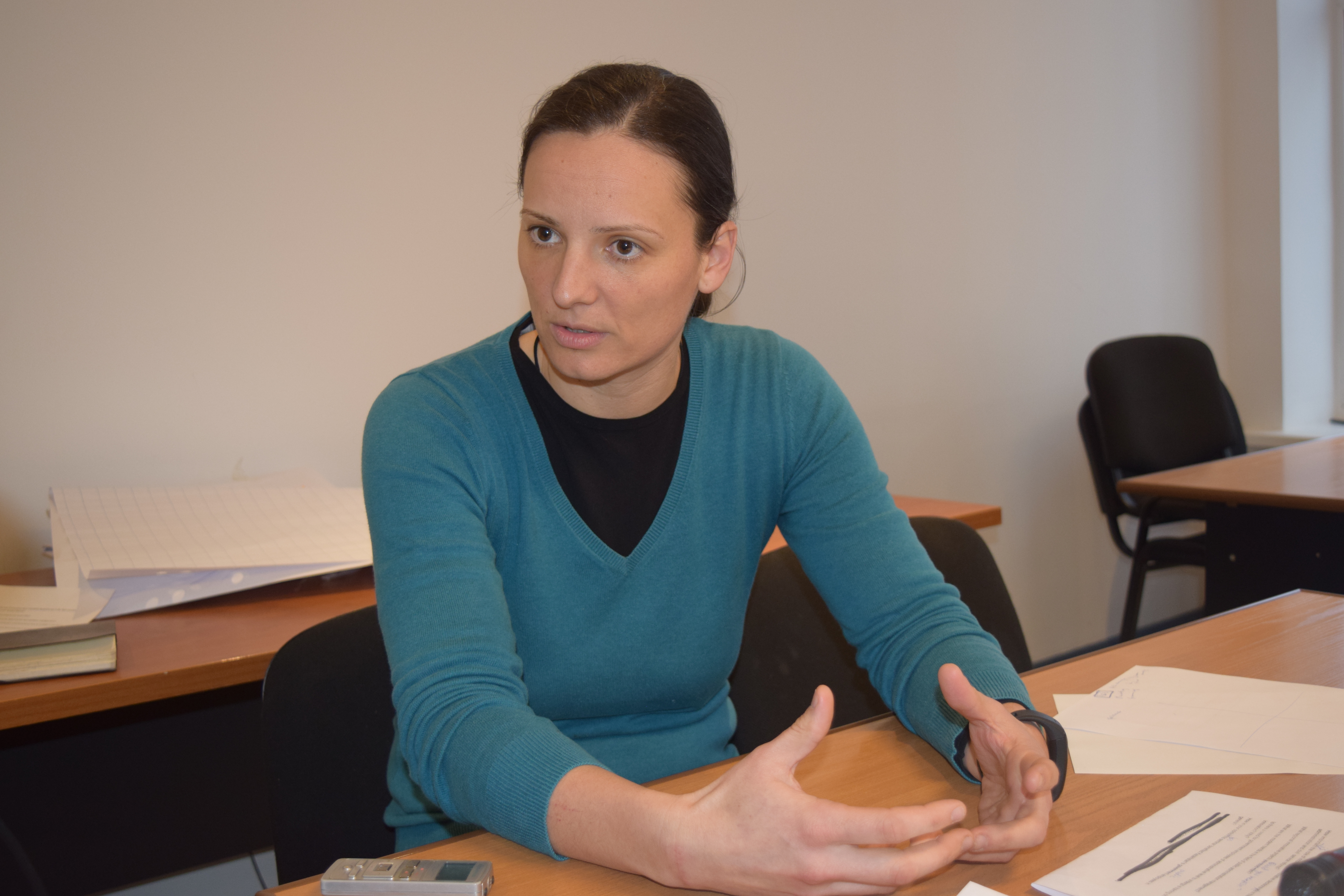 “Train on the job” and “learn by doing” were the ideas conveyed to Kazakh public employees during a Feb. 22 seminar about innovative trends and approaches. The meeting, which showed examples of the way innovation labs have been established within the public administration of various countries, was sponsored by The Regional Hub of Civil Service in Astana and the United Nations Development Programme (UNDP) in Kazakhstan for government employees.

“Our sister agencies like UNICEF (United Nations Children’s Emergency Fund) and United Nations High Commissioner for Refugees (UNHCR) have done a lot of work on innovation in the humanitarian context, but at the moment, UNDP is the only UN agency that supports governments in setting up innovation labs within public administration. This all is very new and everyone is learning,” said Milica Begovic Radojevic, Innovation Specialist at the UNDP Regional Centre for Europe and Commonwealth of Independent States (CIS) in an interview with The Astana Times.

She added it is exciting to see growing examples in the region of new solutions to stubborn policy issues like BeResponsible, an initiative in Montenegro dealing with informal economy. The most prominent examples of i-teams in the public sector have been started in nations such as the Scandinavian countries, the United Kingdom and the United States.

Kazakhstan could be the nation taking the principal role from the perspective of its size and positioning as a regional leader in different areas.

“There isn’t really one place in this region to turn to and look for solutions and ideas that are very endemic to this specific context in the region where we are living,” said Begovic Radojevic. “It (Kazakhstan) can be a place where there is a commitment to incubate and experiment with innovation in public services, providing social services differently, incubate them here and then share it with the countries in the region.”

She noted the importance of interacting with residents to understand and tackle their issues.

“Our advice for government employees, whether it’s a training or not, is always ‘don’t sit in a room –  go out to where the citizens are, understand better what the problem looks and feels like for them and engage them in coming up with ways to address it,’” she said.

Training on the job and learning by doing was a big takeaway from the work on innovation which the agency has conducted with different governments.

“Astana Regional Hub is very well supported by the government. That is, when I talk about Kazakhstan being an influencer through the hub and the work with the government, there is really a very unique position that the government of Kazakhstan can be in,” said Begovic Radojevic.

The agency worked with Kazakh government workers by reviewing several examples of innovation labs organised in other countries. An increasing number of governments are creating the labs in an attempt to deal with complex problems of aging, diversification of economies, energy and social services in new, experimental ways that build on the insight and expertise of a wide range of partners. The starting point is the question of how citizens experience the issue.

“They are common across the board. Things are happening so fast, it’s very difficult for the government to keep track of what the actual problems are,” she said, emphasising the importance for Kazakhstan because the country is looking to diversify its economy.

The more traditional ways in which governments make sense of issues like national statistical institutes are being complemented with a variety of new approaches such as real-time monitoring, social network analysis and ethnography that provide insights as they emerge and allow a more proactive response to emerging risks and opportunities. Residents have a similar set of expectations, like wanting to interact with the government and being able to provide feedback on the services they are receiving.

“How to engage with citizens? People are using various platforms to keep in touch, trade skills and goods, get jobs, create new products,” she said. “Citizens bring many strong assets to the business of designing and delivering services from a variety of expertise to geographical coverage. If the growing expectation to engage in a more meaningful, genuine way is not met, there is frustration and it’s normal.”

Begovic Radojevic added American, British and European governments are dealing with related issues for which they need new types of solutions.

“How to take action, moving from developing fancy strategies into actual initiatives on the ground,” she said. “Most of these governments are finding it very difficult to do a lot of experimentation within the context of sectoral ministries. So as a result they set up innovation teams, like a lab where one has a license to act differently, to try out new things, to bring in citizens, private sector and so on to work those issues out in a collaborative manner.”

The UNDP Regional Centre in Istanbul supports its offices in the Balkan region and Central Asian governments to do innovation in public service. To date, it has worked with governments to apply approaches varying from human-centred design, behavioural insights, ethnography, new data for real-time monitoring of various policy issues, gaming, foresight and others to areas ranging from climate change and employment to natural resource management and tax compliance.

“We have had governments in Georgia, Armenia, FYR Macedonia, Montenegro and Moldova invite us to support them in doing that and we have innovation labs in some of these governments who are doing very interesting work in finding solutions to very stubborn problems in a new way by engaging different partners, looking at things differently and so on,” said Begovic Radojevic.

She added the importance of being able to understand problems in a different way and utilise data more effectively is growing, varying from perspectives such where they are in the government to what type of methods and approaches are being used.

“We looked at a number of these examples, different approaches and methods and started talking about how they might be applied in the context of Kazakhstan, fulfilling the reform, the 100 steps and how the country might build on that as a government,” she said.

Begovic Radojevic referred to maternal care benefits in Moldova as an example. Not many parents were using the service because the process was difficult to access with little children, until one institution devised the idea of putting toys in a corner of the room so children could play and their parents could “have peace of mind” while waiting in line.

Although governments have templates to work with companies and other governments, they do not have one to engage with individual citizens.

“In our work, initial assumption is that is every policy ought to start with a citizen who has a problem. So your expert on transport is the person who takes the bus every day and because that person does so every day, he or she can tell you how to better improve that transport,” she said.

Governments are structured inside physical buildings and the assumption that the citizen will come into the office to either give or receive something is increasingly questioned.

“However, governments are not institutionally designed to deal with that speed and are not the best fit to deal with such complexity in a traditional way,” said Begovic Radojevic.

There is also the aspect when citizens are willing to play a big part in public service – “people helping people,” – which according to the innovation specialist is a very different way to organise social services.

“Instead of the government providing services, how do you power skills and invest in your citizens to provide those services? Research consistently shows that citizens, given the choice, prefer receiving support from someone in their social network as opposed to the ‘outsider’ such as a social worker. This is a massive opportunity for governments in the region to invest in strengthening social capital and at the same time reduce the burden on official social protection systems,” she said.